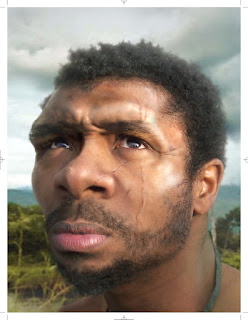 Nearly three million years ago in East Africa’s Rift Valley, a new species appeared. It was both hunter and hunted, and the odds against its survival were great. It was weak, small and slow. Its senses—eyesight, hearing, and sense of smell—were no match for other predators. They would provide little protection against more powerful attackers.

As a solitary hunter, it would quickly have disappeared. But that was not its instinct or its nature. It built families to care for its vulnerable young and small communities to protect its families. It learned to hunt with teamwork, not strength. It learned to gather plants to supplement meat from the hunt.

The new species—our common ancestor—survived by cooperating, by caring about others in its community, and by working together for the common good. In the end, it became the dominant species on our planet.

Today it can be hard to remember that, despite our faults, we did not survive by practicing hatred, division, and greed. All of these in their many forms have made our journey more difficult, sometimes nearly destroying us. But at bottom they are not who we are. We evolved to cooperate with each other. We would not have survived if we had not.

All that we know about ourselves—our science, our spiritual traditions, our arts, and the wisdom of our philosophers—tells us that we can overcome our divisions and build a better world, if we have the will and if we listen to our better nature.

The voices of that nature are very quiet now. But we have been here before. The world has seemed broken, divided and hopeless before. Yet we have survived, and we have overcome hatred and division when that seemed impossible.

Even in times like these, we can make a start. We can be good neighbors. We can support our communities. We can reject hatred. We can do the healing tasks that lie before us. Together, we can create a better future.

Posted by rasphila at 9:21 AM No comments: