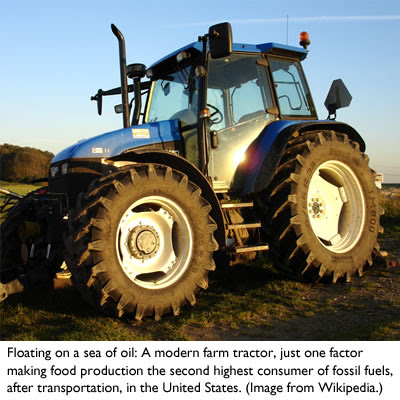 Throughout the Winter Olympics, energy companies have been busy selling themselves to viewers. From the sheer volume of the advertising, one might think the United States was about to abandon fossil fuels entirely and that oil, gas, and coal were fighting a rearguard action.

Some of the ads, like those praising "clean coal" and linking it to national security, are simply misleading. "Clean coal" sounds good, but there is really no such thing. There are proposals to sequester the carbon emissions from coal-fired power plants and keep them out of the atmosphere, but none of these has been tried on a large scale, and there are real questions whether they would work at all.

My personal favorite among the ads is the one that touts America's Oil and Natural Gas and its many benefits. These are said to include jobs, transportation, food supply, electricity, warm houses—everything that makes America great. The spokeswoman who presents the ad is attractive and well-spoken; the graphics are engaging; and the message appears to be that we really need to keep drilling for oil. I say "appears to be" because nowhere in the ad is this stated explicitly. Nor does the ad talk about where we might find the magic fuels. That might be embarrassing because the U.S. has very small oil reserves, though it does have large natural gas reserves. It is, after all, an ad, not a strategic assessment.

Watching this ad while reading The Omnivore's Dilemma, Michael Pollan's excellent natural history of four meals, I realized that, with a few changes in wording, the ad could actually present a very good case against continued dependence on fossil fuels. Pollan's first meal is a fast food lunch bought at MacDonald's. He traces in fascinating detail how the beef and chicken for the lunch are produced—using fossil fuels to make fertilizer to grow the corn to feed the animals, truck the animals from pasture to feedlot, and truck the meat from slaughterhouse to processing plant and then from processing plant to the various fast food restaurants where it is sold. In the end, he concludes that when we eat a fast food hamburger, we are indirectly consuming large amounts of oil. Most of the food that most Americans eat depends on fossil fuels. Our food system as now constituted would be in serious trouble without them.

The problem is that the supply of oil and natural gas is finite, and our dependence on oil in particular pollutes and warms the globe and makes us vulnerable to changes in the politics of the oil-rich countries. The fact that our food system would be in trouble without fossil fuels says more about the food system than it does about the virtues of oil. A politically-motivated rise in oil prices—even the threat of such a rise—sends shock waves throughout the world economy. (It did, though this is barely remembered now, in the early 1970s.)

The writers of the ad clearly did not intend to bring us up short and make us realize how precarious our position really is. And few will understand the implications of the ad in this way. But by showing how important fossil fuels are in our lives, this ad almost performs a public service—because it also shows how dependent we are on an expensive and ultimately dangerous energy source. 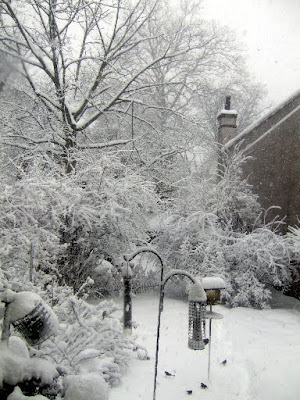 It has been snowing in Philadelphia—a lot. Since February 5, the city has had over 40 inches of snow from two blizzards in rapid succession. Just before Christmas, the city got nearly 24 inches. Altogether, the winter of 2009-2010 has set a new record for snowfall in the city, with just under six weeks until the official beginning of spring.

Philadelphia is not the only city with record snowfalls. Washington, DC, and other mid-Atlantic cities are also recovering from unprecedented blizzards. As I write this, the only state which has no snow anywhere within its borders is Hawaii. It has been a hard winter.

Climate skeptics, not surprisingly, are energized. They point to the blizzards of 2010 as further evidence that warnings about global warming are based, not on science, but on hysteria. One has only to look out the window to see that winter is still with us. Quod erat demonstrandum.

Not quite. Climate science does not provide a weather forecast for the next week. It is about long-term trends, not tomorrow's rainfall (or snowfall). And if science were simply about looking out one's window, all of us would still think the sun revolved around the earth.

What is more embarrassing for the skeptics—or should be—is that some climate scientists actually predict stronger winter storms for the northeastern United States. Writing in the New Republic, Bradford Plumer gives a good summary of the evidence.

Climate skeptics like Rep. Jim Inhofe (R-OK) will not be convinced by mere evidence. Inhofe believes climate science is a hoax and once cited a work of fiction (Michael Crichton's State of Fear) in support of his arguments to the House of Representatives.

Skeptics who are open to persuasion, however, can draw no comfort from the mounds of snow outside their windows. The consensus among climate scientists is that temperatures will rise—and they have; that glaciers will melt—and they have; and that weather patterns will change. Record snow in a city where blizzards are uncommon, like Philadelphia, may be evidence of a change in weather patterns. It may not. What it certainly does not show is that the scientific consensus is wrong.